Home
>
About
>
Our Management
>
Vic Sinclair
About Us
Circular Economy
Our Management
> Vic Sinclair> Charlie Parker> Ray Grant> Iain Laing> Dave Weston
Thank you! Your submission has been received!
Oops! Something went wrong while submitting the form. 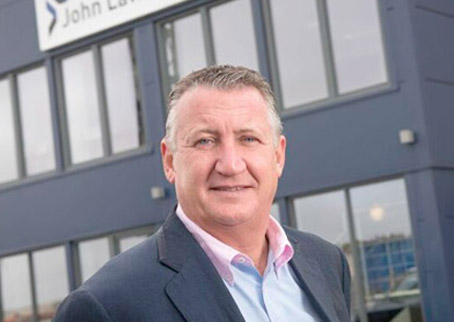 CEO
Vic is our Chief Executive Officer, overseeing the corporate direction and strategy for the Group.

Having joined the scrap metal side of the business in 1986, Vic then established the company’s piling division at Montrose in 1992. Over the next seven years, Vic successfully grew the division across the UK and internationally before moving to Houston to manage the oil and gas tubular business in the USA.

After becoming Managing Director of the group’s global tubular division in 2002, Vic helped turn John Lawrie Inc. into one of the leading suppliers of tubulars to the drilling and construction industries in the UK and USA. During his fourteen years in the role, Vic cultivated exceptional relationships with suppliers and clients, borne out of an unmatched commitment to quality and service.